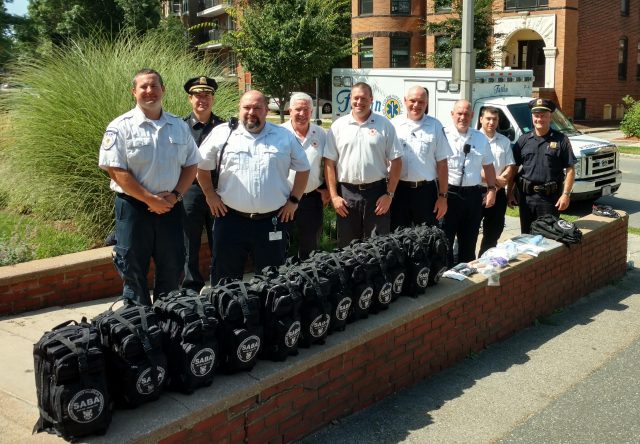 The kits, consisting of items like Narcan, tourniquets, face shields, respirator masks, gloves and shoe booties, are intended to be used by first responders should they or a colleague need medical attention or protection while responding to an emergency.

“It’s for the active first responders,” said Brookline Lieutenant Philip Harrington. “It’s for them to treat themselves.”

Whether it is being exposed to an unknown or dangerous substances or being injured on the job, first responders can find themselves in need of equipment like Narcan and tourniquets. That equipment is stored in the ambulance, but is intended for use on patients. The kits are for the crews to use on themselves.

“Who rescues the rescuers?” said Mont.

Fallon – contracted to work with Brookline, Milton, Dedham and Weymouth – already provides equipment like Narcan and tourniquets, but until now that equipment has not been kept in one easily accessible location. The kits are intended to change that.

“The key element is we wanted to centralize the equipment,” said Mont. “Now they have it in one central location.”

Though created by Fallon, the kits were designed with fire and police in mind as well EMS responders. In what Mont described as a collaborative effort, all groups involved agreed on what the kits should include.

“We really look at it as a team approach,” said Mont.

In light of the ever-changing nature of the situations that first responders can find themselves in, Fallon designed the bags to be flexible to accommodate new or changing needs.

Brookline was the first community to receive the kits but Fallon plans to distribute more kits to Milton Dedham and hopefully Weymouth in the coming weeks.

“It’s a community that’s been great to us and vice versa,” Mont said of Brookline.

With 10 bags distributed and more on the way, Brookline police and fire are grateful for the centralized kits.

“We’re just fortunate that Fallon has taken the lead on this,” said Harrington. 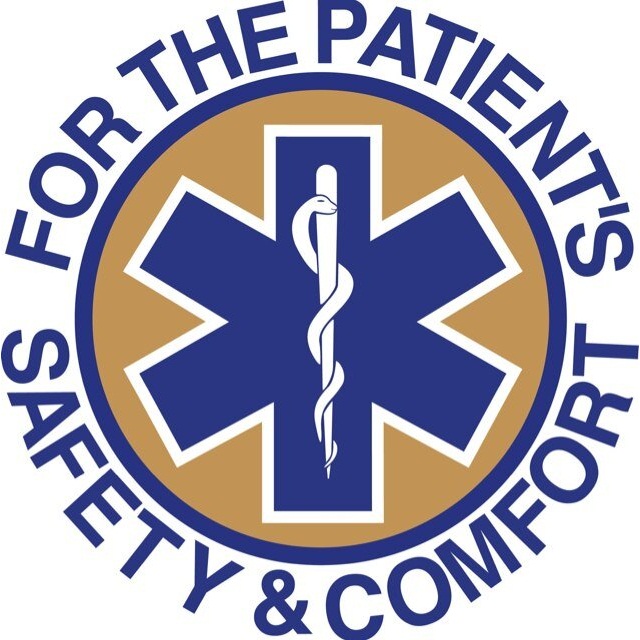