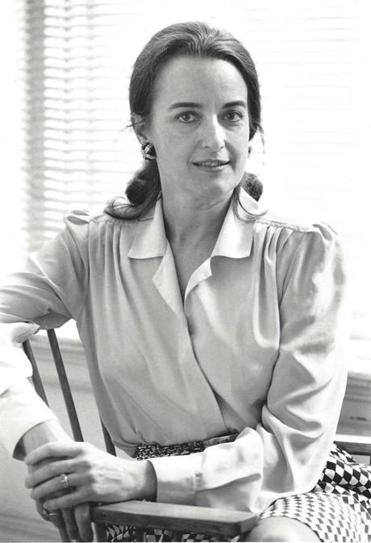 In her food articles, Elizabeth Gawthrop Riely took readers inside a Cambridge bistro that served venison, to a Maine island inn whose menu featured monkfish poached in cider, and across the ocean for seasonal fare.

“Bouquets of artichokes adorned every vegetable stand, however modest, during our early spring visit to Florence,” she wrote for the Globe in 1999, adding that in season, artichokes in Italy are “eaten stewed, steamed, stuffed, sauteed, deep-fried, and every other way imaginable, including raw.”

Now and then she ventured into more personal territory, such as when she returned to her family’s homeland in 1995 and shared an elaborate recipe for a signature Southern drink.

“My family thought spring had arrived when the mint pushed up through the earth in our garden,” she wrote for the Globe. “This method of marking the vernal equinox comes from my mother, who grew up in Louisville, Ky., where fresh sprigs of spearmint are an essential part of the mint julep cocktail.”