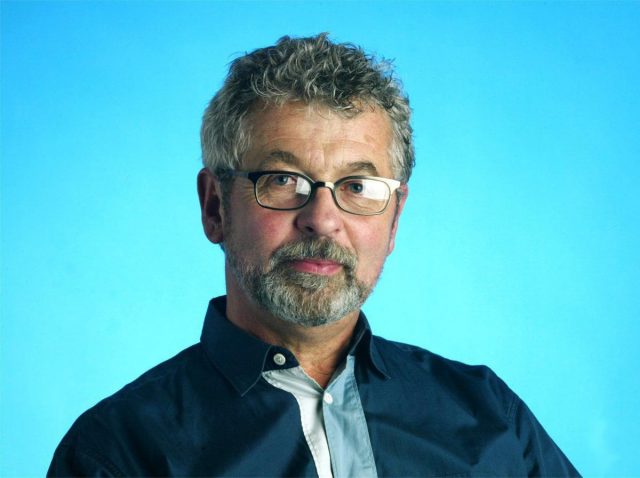 David Bonetti, an incisive and passionate art critic for the Post-Dispatch from 2003 to 2009, was found dead Wednesday in his apartment in Brookline, MA.

Mr. Bonetti was discovered by his apartment manager, who came to change batteries in a smoke alarm. Slumped in a chair, he had been listening to classical music, according to Amanda Doenitz, a close friend who spoke to a police detective in Brookline. He was 71.

As a critic for the Post-Dispatch, he brought a new, sharper tone to art criticism in St. Louis, says Harper Barnes, former critic at large for the paper.

“He could be very acerbic, sometime to the point of cruelty. But he also was a master at digging out the deeper meaning of some of the work he wrote about, and beneath his sarcasm was a deep love of the creative process.”

Mr. Bonetti graduated from Brandeis University in 1969 and was the art critic for the Boston Phoenix when he was recruited by San Francisco Examiner publisher Will Hearst in 1989, in a bold move to beef up the Examiner’s art coverage when it was the broadsheet afternoon daily.

From the start, Bonetti stood out for his commitment to the Bay Area art scene in all its venues no matter how small, garage galleries being a favorite. He was an early and ardent advocate for gay and queer artists, along with all forms of high art and low art. The only thing he could not abide was kitsch.

“As a critic and colleague, David was smart, funny and bitchy — all good qualities,” said his longtime editor Paul Wilner. “As a writer, he was clear on his likes and dislikes. And while funny in conversation, he was serious and committed to his beat.”

“He was very lively, very opinionated and lots of fun,” said Sandra S. Phillips, curator emerita of photography at the San Francisco Museum of Modern Art. “He was also very knowledgeable about the art that he was focused on. If you get into an argument with him, you had to know what you were talking about because he could tackle you very adroitly.”

In addition to promoting gay artists through his criticism, Mr. Bonetti was a collector and owned work by Andy Warhol, Cindy Sherman and Jerome Caja, a San Francisco eccentric who used nail polish to paint perverse iconography on tiny thimbles and pieces of cardboard. “David arrived at the apex of the high queer era in San Francisco,” said queer historian Gerard Koskovich. “It was a time period that saw an extraordinary political and cultural response to the darkest years of the AIDS crisis and the extreme attack on LGBT people during the right-wing culture wars.”

After the Examiner merged with the Chronicle in 2000, Mr. Bonetti became uncomfortable in his role on the combined staff. He ultimately took a buyout in 2002 and decamped for the Post-Dispatch to become a visual arts critic.

He was in St. Louis for seven years, during which he developed both a national reputation for arts criticism and more than a few foes in the St. Louis art world.

“I would be the first to admit that St. Louis and I were not a match made in heaven,” he noted in a final blog post.

But he did not hesitate to recommend things to various institutions. In a 2009 piece about a St. Louis Art Museum exhibit featuring satirist and visual artist Tom Huck, he wrote:

“Now, the museum has allowed Huck to browse through its print collection and choose some of the artists who have influenced him. The resulting exhibition, ‘Tom Huck and the Rebellious Tradition of Printmaking,’ is small, but says a lot. Pieces by seven artists, including Albrecht Durer and Max Beckmann, are shown with work by Huck in a show in which ideas and influences ricochet off each other until you wonder who is influencing whom…

“SLAM is a little late in the game in asking artists to work with its collection. But the Huck show is so successful that the museum ought to consider doing similar exhibitions in the future. Artists need not be local. Among other things, it’s a way to make Durer contemporary.”

And everything he praised was not always high art:

“But what makes the (Dog Museum of America) fun is that it doesn’t just hold out for art that might fit comfortably into a general art museum like, for instance, the St. Louis Art Museum. (Which, by the way, has two superlative dog paintings on view — one by Landseer, the other by Courbet.) The Dog Museum shows everything from high to low with all the levels in between.”

When he retired, Mr. Bonetti moved to Brookline, where he had grown up. He was a freelancer and wrote about opera for the Berkshire Fine Arts, a website.

A memorial service is pending. Survivors include a brother, Gary Bonetti of Milford, MA.