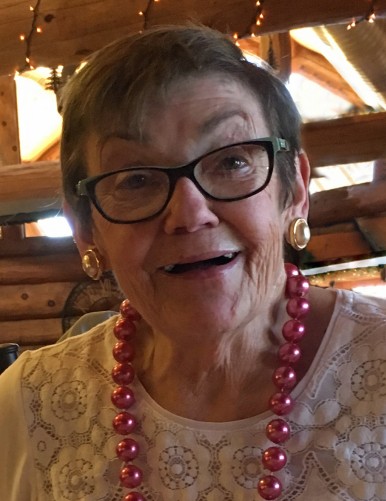 Constance Alice Connor, 74, of the Town of Jacksonport, WI, formerly of Massachusetts, fell asleep in the loving arms of her family and awoke in the arms of the Lord, Tuesday morning, August 22, 2017 at Door County Medical Center in Sturgeon Bay, WI.

She was born March 27, 1943 in Brookline, MA, the daughter of Joseph Lyle Shea and Alice (Weston) Shea. Connie was raised Catholic and graduated from Rosary Academy in Brookline, MA. She was united in marriage to William Edward Connor on April 18, 1971 at St. Mark Parish in Dorchester, MA and later attended St. Colman Parish in Brockton, MA.

Connie waitressed earlier in life and eventually became the conference manager for the satellite campus of Northeastern University in Weston, MA. She was a member of the Ladies Auxiliary of the Frank M. Noyes VFW Post 8892 in Avon, MA. Connie retired to Door County, WI the week of Thanksgiving in 2009 and resided in the Town of Jacksonport.

Connie was an avid reader and an excellent cook. Her lasagna was a family-favorite. Connie loved her yellow lab, Goldie, and her family above all.

Connie was reunited with her parents; and two sons, Mark and Christopher “Ditty” Tracey.

Services may also be held back home in Massachusetts (with details to be announced as soon as arrangements are finalized).

Memorials may be given in Constance’s name for the GBS-CIPD Foundation International (gbs-cidp.org), in honor of her battle with Guillain-Barré Syndrome (GBS) the past 15 years.

Huehns Funeral Home & Cremation Services in Sturgeon Bay, WI is assisting the Connor family. Expressions of sympathy, memories, and photos of Constance may be shared with her family through her tribute page at huehnsfuneralhome.com.