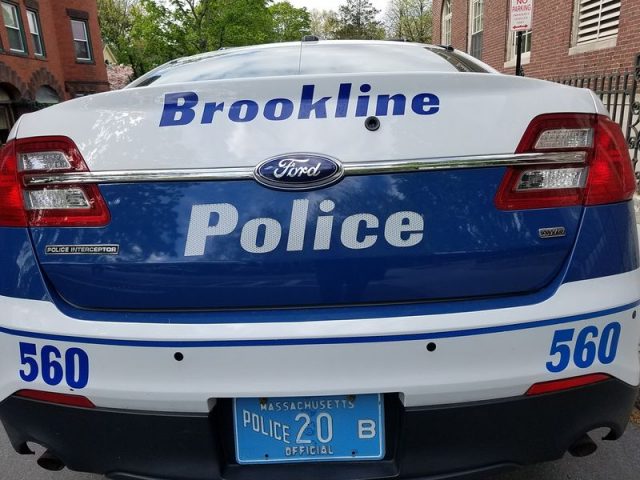 If you do not make a habit of wearing your seat-belt, which is the law, Brookline Police could pull you over this month. It is part of a campaign to get people to use their seat-belts more and bring down the number of fatal crashes or serious injuries related to folks not wearing their seat-belts.

The Massachusetts Highway Safety Division of the Executive Office of Public Safety and Security, the Massachusetts State Police, and up to 200 other Massachusetts local police departments, including Brookline’s, are taking part in the national Click It or Ticket campaign between May 8 and May 29.

“More people buckling up means more lives saved,” said Deputy Superintendent Michael Gropman in a press release. “Our officers will be out enforcing the seat belt and child passenger safety laws so that fewer people are needlessly injured or killed in crashes in Brookline.”

Sixty-four percent of the 172 people killed in motor vehicle crashes on Massachusetts roads in 2015 were known to be unrestrained, according to the National Highway Traffic Safety Administration.

Some 41 lives could have been saved in 2015 if everyone involved in an accident used seat-belts, according to the traffic safety administration, which added that seat-belts saved an estimated 72 lives in Massachusetts in 2015.

“The simple act of buckling up will give you a fighting chance in the event of a crash – increasing your chances of surviving by at least fifty percent,” said the state’s Director of the Highway Safety Division Jeff Larason. “We’re asking all drivers to protect themselves by wearing a seat-belt on every trip – short or long, day and night – and to keep their eyes on the road.”

Here is the state’s 2017 PSA video they say is aimed at young men. Can you see why?

What is the RMV’s Driver’s Manual say about the State’s Safety Belt Law?

In 2013, 10,458 people who were not wearing a safety belt were killed in crashes in the United States. Massachusetts law requires every person in a passenger motor vehicle (including vans and small trucks under 18,000 lbs.) to wear a safety belt or sit in a child passenger restraint.

• Drivers and passengers of vehicles made before July 1966
• Drivers of taxis, liveries, tractors, buses, and trucks with gross weights of 18,000 pounds or more (However, drivers of some commercial motor vehicles do need to wear safety belts.)
• Passengers of emergency vehicles and drivers of police and fire vehicles
• An employee of the U.S. Postal Service who is driving a motor vehicle while working
• A person who physically cannot wear a safety belt because of a disability. A physician must certify that the person has this disability.

A crash can happen any time. The best way to protect yourself is to always wear your
safety belt. Safety belts save lives for both drivers and passengers.