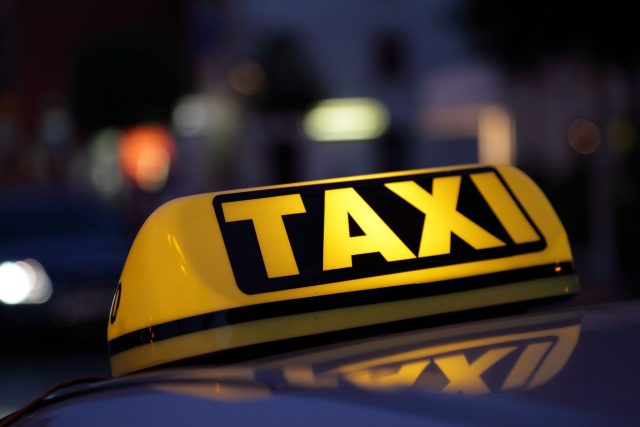 As they struggle to compete with ride-share companies such as Uber and Lyft, many traditional taxi companies face challenges posed by their business models and outdated government regulations, transportation analysts say.

Recently, the Brookline Transportation Board tasked the company with implementing changes to its dispatch service. Some of those changes, Bay State Taxi manager Paul Fornaro said, could put the company out of business.

In response to concerns that vehicles dispatched to customers were livery vehicles rather than taxis, the board is requiring the company to clearly differentiate between its livery and taxi vehicles.

The company must remove the taxi dispatch number from its livery vehicles, and can no longer dispatch livery cars to respond to calls for taxis.

The required changes come in response to concerns from customers and the police department that customers were calling for taxis but were instead being picked up by livery vehicles.

In order to be licensed as a taxi, the vehicles must pass town inspection and the drivers must pass a background check and be fingerprinted. The taxi license allows the vehicles to pick up street hails.

According to Fornaro, getting a taxi license costs more for drivers than livery, which is why when the company switched to a dispatch model, allowing drivers to purchase their cars, many of them opted for the livery license.

The concerns with dispatching livery vehicles and taxis from the same dispatch without distinguishing between the two, is that customers expect a taxi and often do not realize the difference.

“When you call that number you’re expecting a taxi to drive up,” said Kirrane.

Though the company plans to comply with the requirements, Fornaro said there are not enough vehicles to support separating the system.

Bay State Taxi has until November to make the changes.

The smaller companies that employ drivers and own facilities and vehicles are the ones typically hit hardest by the entry of Uber and Lyft into the market, analysts say.

“Because of the business being the way it is, ridership is down 40 percent from 2012,” said Donna Blythe-Shaw, a taxi industry advocate and retired representative of the Boston Taxi Drivers Association. “Before, the taxi industry survived on street hails and taxi pull at the airport and major hotels. They lost major business as a result of Uber and Lyft.”

In Brookline, Kirrane said the number of licensed taxis in Brookline has dipped from 187 to 34 since the arrival of ride-sharing services.

Competing with ride-sharing services like Uber is pointless for taxi companies, according to Arthur Goldberg, a Brookline resident and former Bay State Taxi owner.

“This is the end of the line for a local institution,” longtime Yellow Cab owner Richard Johnston said before the company gave its last ride Aug. 30. “The whole company is honestly a dinosaur.”

In response to the changing industry, Goldberg, who plans to return to Bay State Taxi as a partner, said the company is going to switch to a new model intended to help its primary customers – senior citizens.

“We are looking to provide alternative transportation concentrated on people who are not as technology-oriented and who want to have the source of transportation they have been used to for many many years,” said Goldberg.

The company will announce the change in the coming months. Goldberg expects it will help the company stay relevant without having to compete with ride-share companies.

The role of government

While a cab can drop off a passenger in any community, it can only pick up new passengers in the city or town it is licensed in. That means a cab, for example, could bring someone from Newton to Boston, but would have to drive back to Newton before picking up any new customers.

When Uber first entered the scene, Kirrane said that Brookline along with other area municipalities asked the state for the ability to regulate the companies. According Kirrane, the state said no.

According to Fornaro, this is unfair.

“Uber is getting a free ride and we’re subject to their regulations that don’t reflect the market,” he said.

While it would not be prudent public policy to prop up a failing industry against overwhelming market forces, it would make sense to move toward a more level regulatory playing field, Blackbourn said.

“We want to celebrate innovation … but, at the same time, it is imperative that lawmakers have to revise these regulations to reflect the realities of the 21st century,” he said.