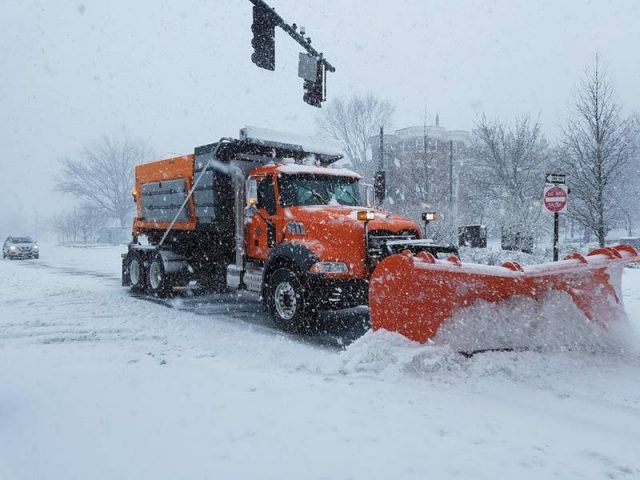 The National Weather Service issued a winter storm advisory and a wind advisory for until 1:00 p.m. Thursday across the state, including in Brookline, where police are warning residents to be careful near wires as the combination of snow weighing them down and wind is making for a few dangerous situations out there.

As of Thursday at 11:40 a.m., 233 people were out of power around town. This is better than yesterday: Wednesday, power went out around 3:15 p.m. leaving 2,644 people in the dark. As that number edged up to more than 2,800, Eversource said it expected to have power restored by 5:00 p.m. and did, but the power went out for another out before sticking.

What about that Snow? Yep. With 13 days til spring, the white stuff blanketed the town Brookline got between 7 and 9 inches, and it looks like we are set to get another inch of snow and then some rain, according to the National Weather Service. 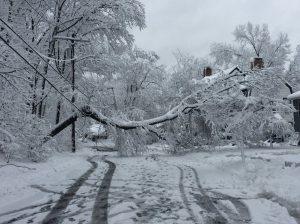 Thursday Morning, Brookline Public schools called it. It took them a while: they stayed put even as St. Mary’s Brookline private school and Boston and Somerville and Medford all cancelled school the night before.

So far no snow emergency or parking ban has been called, but the library opened a bit later than usual. Speaking of what is opened, what is not:

Generally, the Public Works Director will call a “snow emergency” when excessive amounts of snow are predicted. All vehicles are required to be removed from all roadways to allow for a better clearing job. All vehicles left on the road are subject to tow. It also triggers the sidewalk shovel bylaw.

* Sidewalk Snow & Ice Removal By-Law: Here’s the Removal of Snow and Ice From Sidewalks By-law and includes information for residents and business owners.