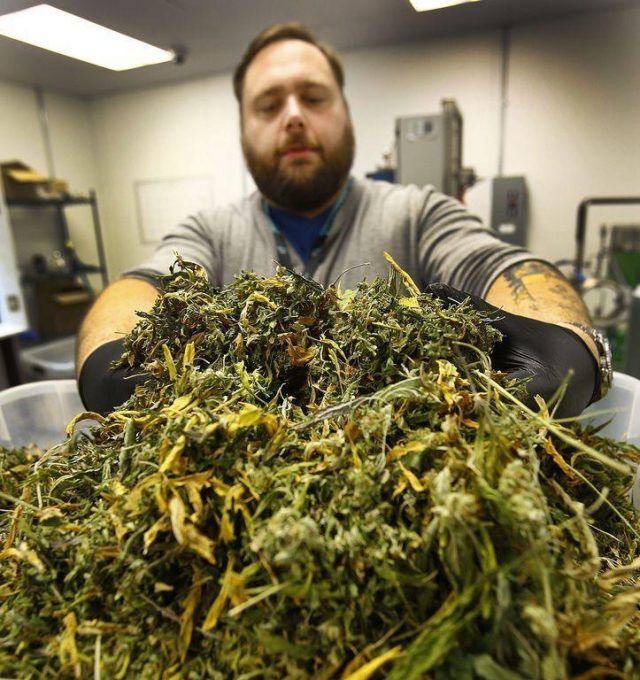 According to Economic Development & Long-term Planner Francisco Torres, the town is hoping to bring local regulation by-laws to Town Meeting in May, meaning the town has to finalize any warrant articles by March when the warrant closes.

Brookline is now tasked with identifying just how to regulate recreational marijuana establishments using draft legislation from the state as well as a community input.

“What we want to do is to better understand what they want,” Torres said of Brookline residents.

Containing just three questions, the survey looks specifically at the number of licenses that would be issued to recreational marijuana establishments in Brookline.

“I don’t think people understand we can set a number,” said Torres.

Torres noted that some who have taken the survey have asked for more information, finding that the survey did not have enough information about recreational marijuana and possible regulations. He stressed that the survey is just the starting point of the public process and that more details will be shared as work on the regulations continues. The planning and economic development department’s website also has a web page dedicated to recreational marijuana.

The survey will close on December 31, 2017, with public meetings to follow in January.

In addition to the public, the planning and community development department is working with other departments like the public health and legal departments, and will also look at regulations in states with legalized recreational marijuana like Colorado and Washington, according to Torres.

Those interested in the survey can find it online through the Department of Planning and Community Development website here.

Town Of Brookline Begins Search For Next Library Director