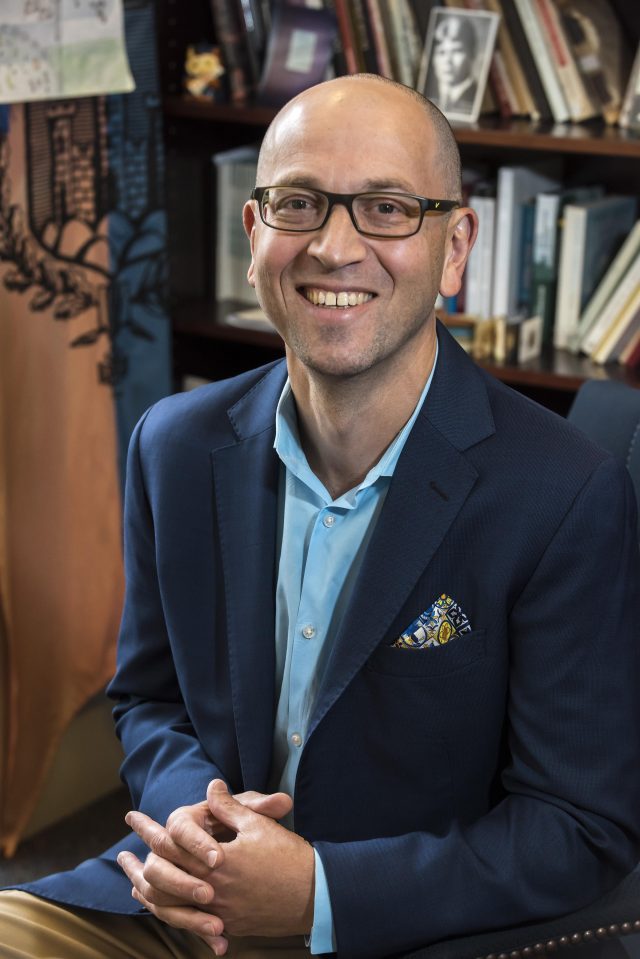 A richly journalistic portrait of Russia’s dwindling but still vibrant and influential Jewish community is presented in a new book by bilingual author Maxim D. Shrayer, a Brookline resident and Boston College professor of Russian, English, and Jewish studies.

“With or Without You: The Prospect for Today’s Jews in Russia,” based on new evidence and a series of interviews, is both an exploration of the texture of Jewish life in Putin’s Russia and an emigre’s elegy for Russia’s Jews, a group that constituted one of the world’s largest Jewish populations 40 years ago.

Shrayer, born in Moscow in 1967 to a Jewish-Russian family, spent nearly nine years as a refusenik with his parents; they left the USSR and immigrated to the U.S. in 1987.

“In contrast to my previous writings — which examined the culture and history of Jews in Tsarist and Soviet Russia and also in diaspora, mainly in the United States and Israel — this book investigates the present while also attempting a bit of punditry,” Shrayer said.

The book began as a fact-finding mission for a magazine essay and evolved into a first-person narrative account of Russia’s declining Jewish community.

“Today’s core Jewish population of about 180,000 puts Russia behind Israel and the United States by millions and also behind France, Canada and the United Kingdom,” he said. “Despite that, while anti-Semitism has not disappeared in Russia, its presence and prevalence is less manifest in Russia’s mainstream.”

Shrayer initially researched the book during a visit to Moscow last fall, where he sought answers to questions central to modern Jewish history and culture: Why do Jews continue to live in Russia, after everything they had been though? What are the prospects of Jewish life in Russia? What awaits the children born to Jews of my own generation who have not left? Shrayer also pondered: “Is it time to compose an elegy for Russia’s Jewry?”

“With or Without You,” which details his interviews with a diverse group of Jews and includes his own observations as an “outsider-insider,” yields insights into the complex situation of Russian Jews today — about the minority that has remained, against all odds, in their mother country and about Russia, a country continuously losing its Jews.