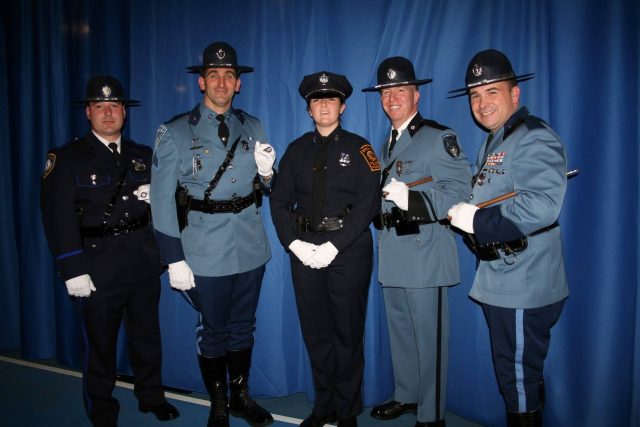 A few weeks back, in recognition of Women’s History Month, we introduced you to 1/3 of the Brookline Police Department’s “Walk and Talk” unit. We would now like to take a minute to allow you to get to know another 1/3 of the unit, Officer Lauren O’Connor. (“Officer Tim” does not meet the criteria to be featured this month, but for those of you waiting at home, do not worry, we will get him.) 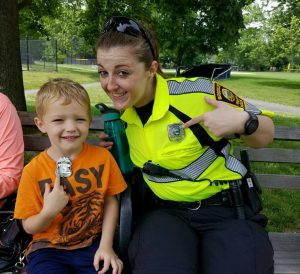 Officer O’Connor was born and raised in Brookline, Massachusetts and graduated from Brookline High School in 2002. She was a three-season athlete, and was awarded Female Athlete of the Year in 2002 for the contributions she made to her volleyball, ice hockey, and softball teams. Officer O’Connor graduated from University of Massachusetts-Boston with a Bachelor’s of Arts in Criminal Justice with a concentration on juvenile justice. Like many of our officers, Officer O’Connor worked for the Brookline Recreation Department, both seasonally and full-time, before being hired by the Department in 2009.

Officer O’Connor attended the second the State Police Municipal Academy in New Braintree, MA and was the only female recruit in the class of almost 50 student officers. She credits her success in the academy to the fact that she grew up with an older and younger brother, close in age, both of whom are fire fighters with Brookline Fire Department. We would make a joke here about the fact that her brothers chose fire service over a career in law enforcement, and that they probably regret it, but we have learned through this project that firefighters can be VERY sensitive. 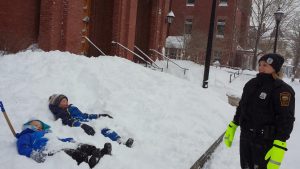 Officer O’Connor is very proud of her family, and with good reason. Her father recently retired from Brookline Fire Department after 35 years of service. Her mother, whom she describes as “the rock of the family”, has always given back to the community through her work with youth sports, various PTO positions, and now as the Vice-Chair of the Brookline Parks and Recreation Commission. Public Service is in Officer O’Connor’s DNA, and she strives every day to make her family proud, and to keep the Town of Brookline an amazing place to live, work and raise a family. Lauren’s family, in addition to those mentioned, includes a rescue “puppy” named Bree, who still keeps her on her toes after seven years together. 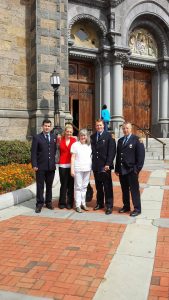 Officer O’Connor spent seven years in the Patrol Division before being assigned to the “Walk and Talk” unit within the Community Service Division. This unit works specifically with the residents of Brookline Housing Authority properties, a role which O’Connor loves because it allows her to connect with “her” families, particularly the youth, during every shift. Officer O’Connor recently organized the first Youth Police Initiative all-female class hosted by the Department, and facilitates a weekly “Conversation with a Cop” session at Brookline High School every Tuesday at 3:00 p.m. in Room 147. For more information, you can reach her by emailing loconnor@brooklinema.gov.