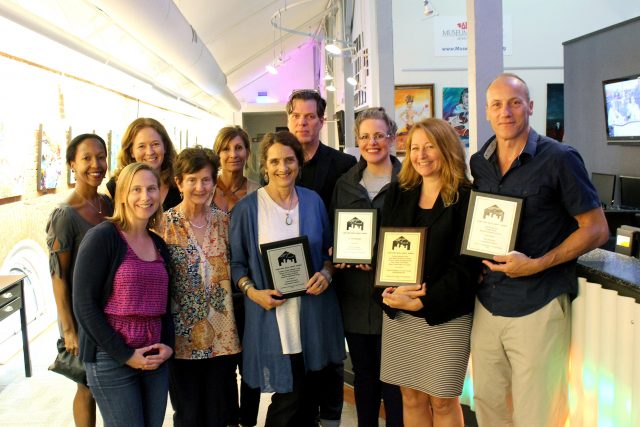 Brookline Interactive Group (BIG) is making a name for itself on the national stage.

“For us here in Brookline it’s meaningful because it means we’re building our field,” said BIG Executive Director Kathy Bisbee.

According to Bisbee, this is the third time that BIG has received national awards from ACM. The prior two times were in the ’90s and 2000s.

“It’s a huge honor to be recognized again,” Bisbee said.

In the past few years BIG has doubled down on efforts not just to promote community media projects but to educate and provide resources for those interested in all types of media projects from sports talk shows to virtual reality. The media center offers 28 after-school programs – a number higher than the industry norm, according to Bisbee.

“It’s very unusual for a public access television station to have such a focus on education,” Bisbee said.

It is that focus on education that initially attracted Hulley to BIG.

“I’m just really grateful to BIG,” said Hulley. “If they hadn’t been such great, approachable people and warm and supportive I don’t think I would have stayed.”

Though Hulley knew that BIG was considering submitting her piece to ACM, news that she won a national award came as a big surprise.

“We just felt like it was a very worthy piece and like it ought to be recognized,” Bisbee said of submitting Hulley’s piece for consideration.

Though BIG is looking to bring more attention to community media and take up new initiatives like its Public VR Lab, the media center still stays close to the heart of its original mission.

“BIG has been a part of a long legacy of community media and public expression,” said Bisbee.

She hopes that award sweep will help BIG to continue growing.

“I hope that it will get even more people involved,” Bisbee said.