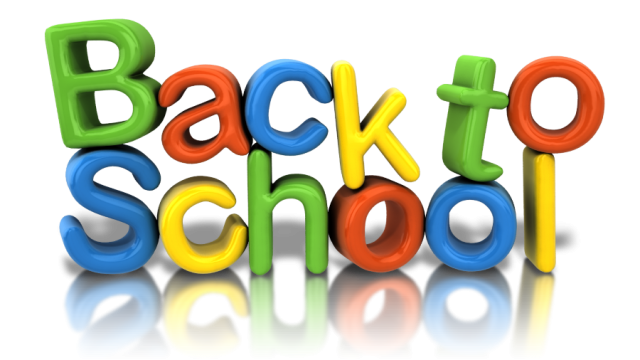 As August gives way to September and the days slowly cool, thoughts are turning to school supplies and the first of class.

School kicks off for grades 1 through 9 on Sept.7 while the lucky students in grades 10 through 12 get to squeak in one extra day of summer before classes start Sept. 8.

As the first week of school gets underway here’s a look at the 2017/18 school year and what it has in store for Brookline.

1. The district is planning a full program review of the math curriculum.

Though the district routinely reviews programs, a review of Brookline Public School’s math curriculum is overdue according to Superintendent Andrew Bott.

The district last reviewed the math program in 2006 and now plans to assess it using success measurements like outcome data.

The review will start with the k-8 curriculum, Think Math.

The goal of the program review is to ensure the district is maximizing its resources and assessing any new resources and updates to the curriculum.

2. Some elements of the Brookline High School Education Plan will be incorporated this year.

Coordinated to coincide with the high school expansion/renovation, the education plan looks to deepen the curriculum across disciplines and further engage students. In an effort to get the plan underway, the high school will offer a variety of new courses like computer programming, Environmental Science and Society and current events and media literacy.

As ninth-graders move to the high school, it is important to recognize how big an adjustment it can be to transition to a new school after being at the same one for nine years, Bott said.

3. There are two interim principals starting at Pierce and Driscoll this year.

Kelley replaced longtime Pierce Principal Pipier Smith-Mumford who retired at the end of the school year in 2016.

“The important thing to know about the interim principals is that they are all in for this year,” said Bott.

Searches for principals at Driscoll and Pierce will begin later this fall, Bott said.

4. The district is focused on improving retention.
Following series of principal resignations and retirements between 2016 and 2017, retention has proven to be a challenge for the district.

In light of the turnover, the district is doubling down on efforts to support school principals on an individual basis.

Included in those efforts is a mentoring program composed of former principals, superintendents and the like who will serve as resources for the principals.

Brookline’s interim principals will receive the same support from the district.

“From my perspective is that the level of support needs to be the same,” said Bott.

5. All schools are able to hold the increased number of students this school year.
Currently Brookline’s expected total enrollment is 7,500 students.

While space has been an issue, prompting renovations of the high school and Devotion School, as well as discussions of building a ninth elementary school, all schools are able to hold this year’s number of students.

Last year Devotion students were split between two buildings while the school undergoes renovation. This year, grades K-4 will continue to attend class at 30 Webster Street while the old Lincoln school on Boylston Street will house grades 5-8.

According to Bott, the Devotion project is on schedule and on budget, meaning that students and faculty should be able to move back into renovated Devotion school for the next school year.

At the high school, rooms that were not used last year as classrooms have been reclaimed to absorb the incoming students.

“As Devotion moves out, the high school will move in,” said Bott.