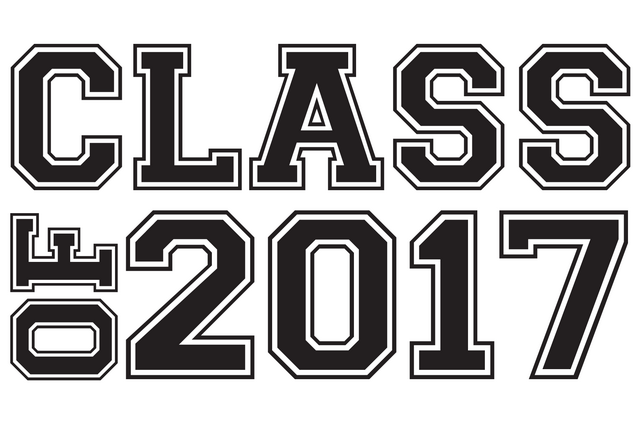 Members of the class of 2017 marked the end of their time as Brookline High students in a lively ceremony complete with braces jokes, musical performances and complimentary Red Sox tickets.

On June 4, parents, friends, family members and school faculty gathered on Cypress Field to celebrate with the graduates, totalling around 444.

Brookline High faculty took turns at the mic, urging the soon-to-be-graduates to continue to work hard.

Headmaster Anthony Meyer left the graduates with a few lessons, among them to “always tell your parents, and us, when you do cool stuff,” and that “rejection is often temporary, stay the course.”

Senior Dean Brian Poon left the class of 2017 with a charge to aim high.

“If you dream big, you can work for Brookline High School,” Poon joked.

Though the comedic relief was plentiful, speakers like graduating senior Kaylah Pritchett and commencement speaker Samuel Kennedy, president of the Boston Red Sox, touched on the importance of diversity and inclusion.

“We must not disregard how privileged we are to have such a support system, the ability to be apart of an institution and community that is bold enough to tackle the concerns of human rights, to believe in the principles of equality for all and the understanding that inclusion makes us more resilient,” Pritchett said. “All aspects that I have never received or even experienced before attending Brookline High School.”

At the close of her speech, Pritchett called for her fellow graduates to not only appreciate the culture at Brookline High School, but to carry it forward.

“Respect and embrace the differences of others, others’ beliefs, sexuality, religions, cultures, races and even dreams,” Pritchett said. “Remember that inclusion just makes us stronger, and to never lose sight of that.”

Stepping to the microphone at what he called the “seventh inning in the ceremony,” Kennedy, a BHS alum, began by recognizing several graduating students for their accomplishments in athletics and reflecting on his own experiences at BHS and what he learned.

He recalled how he had teachers and coaches who taught him the importance of everything from dedication to humility – his ice hockey coach once told him he skated like a turtle.

Kennedy recalled another time when he and his good friend, Theo Epstein, had to run the bases at baseball practice as the slowest base runners on the team.

“As we passed each other, right about second base, Theo liked to try and punch me right below the belt,” Kennedy said. “Ahh the high school memories.”

“Those of us in leadership positions in sports, have not only the responsibility but the opportunity to show the world that intolerance and bigotry have no place in society and certainly not at Fenway Park,”

The highlight of the ceremony may have come when Kennedy announced that upon reflecting on what he would have liked to recieve when he graduated from high school, he decided to give all the 2017 graduates tickets to the upcoming Red Sox game against the Detroit Tigers.

Upon hearing the news, one BHS grad stripped off his graduation robe to reveal a Red Sox jersey beneath.

In addition to leaving the graduating class with Sox tickets, Kennedy urged the grads to “ferociously and aggressively” pursue their passions.

“You’ve been given perhaps the greatest launching pad a 17 or 18 year old could ever ask for,” Kennedy said. “Four years at Brookline High School.”