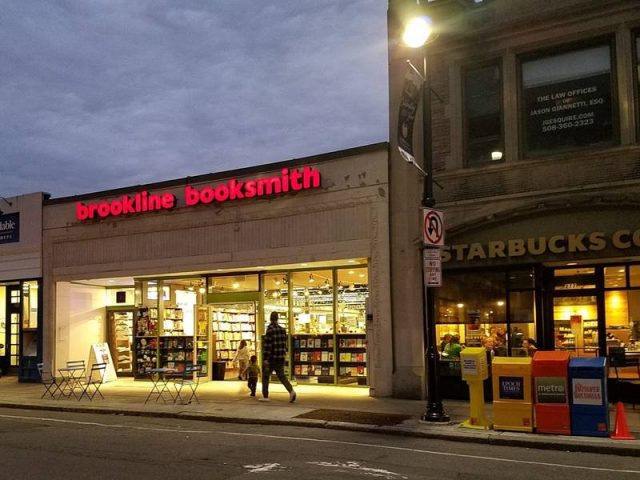 Dan Rather, the iconic former CBS Evening News anchor and journalist is coming to Boston next month. The Brookline Booksmith and WBUR will be presenting a live conversation with Rather as he makes a stop on his book tour at the Berklee Performance Center in Boston.

In November Rather released “What Unites Us: Reflections on Patriotism” on Hardcover. It has gotten rave reviews and became a New York Times best seller.

The Booksmith says they reached out to Rather’s publicist to see if he would be willing to make a stop in the Boston area. He was game. The Booksmith hosts regular author talks and book signings and when they project a crowd bigger than the shop can handle, they often link up with the Coolidge Corner theater across the street, which can seat some 500. But about half a dozen times each year the Booksmith pairs up with Berklee performance center, which can seat 1,100 folks.

This January they will be doing just that with Rather, a journalist who has interviewed every living President since Eisenhower and was on the ground for nearly every major news event, from the assassination of John F. Kennedy to Watergate to 9/11 has a unique perspective on today’s world. So why bring Rather to town now?

“2017,” said Booksmith Co-Owner Dana Brigham with a laugh. “He’s iconic in his how right and we feel he resonates with a lot of people or at least some people and can add some valuable insight to our conversation,” she said.

Each ticket ($32) includes a copy of Rather’s new book, “What Unites Us.” He will likely be signing before the program and Brigham expects he will have a lot to say.

“Now, at a moment of crisis regarding our national identity, he has been reflecting—and writing passionately almost every day on social media—about the world in which we live,” reads the Booksmith invitation to hear Rather live in conversation, discussing what our core ideals have been, what they should be, and what it means to be an American.