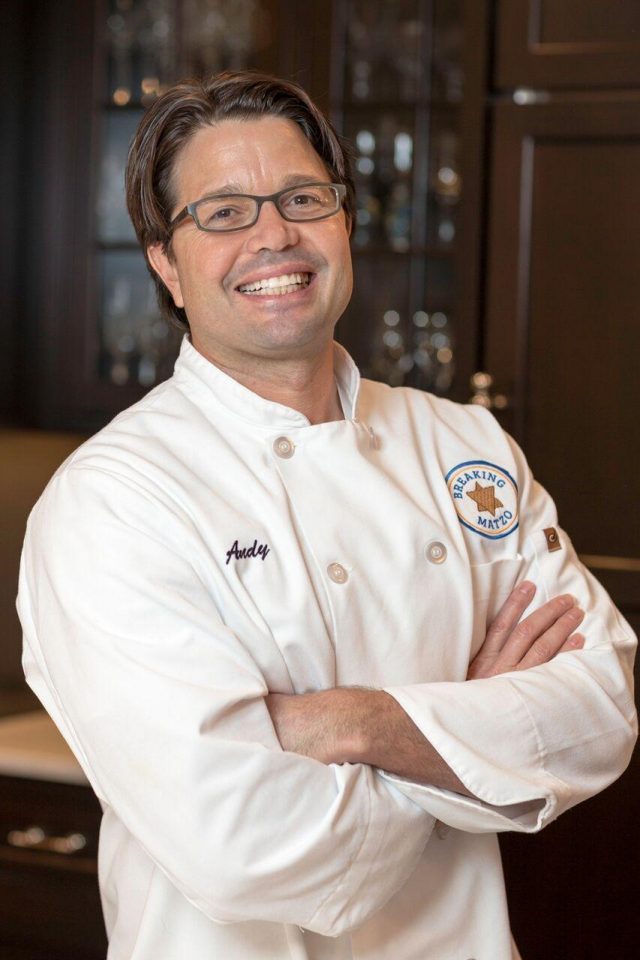 In hopes of creating holidays that are “magical, meaningful and memorable,” a Brookline resident built an online platform to share Jewish traditions, recipes and more with anyone and everyone.

Andy Goldfarb founded Breaking Matzo two years ago, compiling recipes, do it yourself projects and discussion questions for Jewish holidays, such as Hanukkah, Passover and Succot. Passover was the first portion of the website, built from Goldfarb’s love of the holiday and his annual creation of a new Haggadah (Passover ritual book).

“I’m trying to give people resources so that they can lead and make their home holy, by providing education, fun and food to bring together that experience,” Goldfarb said. “What these biblical holidays are is a framework that’s tried-and-true, like a perfect chocolate chip cookie, it’s a formula that’s worked for thousands of years and it brings people together, and then there’s an opportunity to innovate and make it your own because there are no rules. That’s why with “Breaking Matzo” we’re sort of breaking the mold, breaking tradition while making new tradition.”

The inspiration for the site came about Goldfarb’s interactions with others in the Jewish community stuck in the holiday routine.

“What really stuck with me at the beginning is people would say, “Oh, Passover and Seder is boring,” and I’m like, “What?!” or “We did such a short Seder or a really long Seder,” I want it to be connecting,” Goldfarb said. “When we do our Seder, we laugh and we cry and there’s dancing and singing and eating, we have every emotion in every engagement.”

Recently “Breaking Matzo” launched a new portion of the site focusing on Bar/Bat Mitzvahs. This page offers different viewpoints of what makes the celebration more of a “holy day” versus a “holiday,” along with other activities and recipes to add to the event.

To encourage listening, Goldfarb also offers discussion questions to use during the holidays, thinking from the perspective of a child and an adult and what may pertain to them.

“When you have people of all ages and backgrounds sharing their heartfelt sentiments about what their personal slavery is or whatever the discussion question is, it’s very important to be engaged and notice people are talking to each other and sharing their experience,” he said. “I think that’s the framework of these holidays, it’s being able to bring people’s heart, mind and soul together.”

Although it is based on Jewish tradition and holidays, “Breaking Matzo” is an open space connecting all religions and cultures, acquiring an audience two-thirds Jewish, one-third Christian and 1 percent Muslim. Goldfarb focuses on the importance of spirituality rather than just religion.

“One of the things I’m really committed to and proud of on the site, in the recipes I do a lot of exploration of other cultures, for example I have eight types of Charoset, such as Chinese Charoset, which is a recipe that I developed, and then I write about the history of Jews in China,” Goldfarb said.

“People of different flavors share a common purpose in uniting by food, although with different interpretations, makes the planet much smaller when you recognize that everyone has a different perspective although they may have the same philosophy and spirit. I think the differences really should unite people when you identify the commonalities.”

Even with the recipes, Goldfarb takes the opportunity to teach something new about the culture to his audience. From traditional favorites like challah and Goldfarb’s “lucky” matzo balls to Indian Charoset, the recipes come with a story and an addition to each holiday celebration.