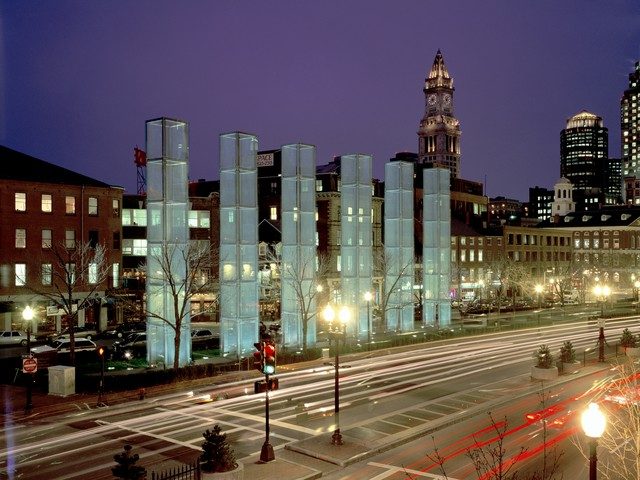 The New England Holocaust Memorial has been vandalized for the second time this Summer, according to the Boston Police.

Boston Police said a witness on Monday evening saw a 17-year-old Malden man throw what appeared to be a rock at one of the glass panels that memorializes Jews murdered by genocidal Nazi Germany more than seven decades ago.

In late June, a 21-year-old Roxbury man allegedly threw an object through one of the memorial’s panels. That incident was the first time that a monument panel has been destroyed since its 1995 dedication, although memorial supporters had planned for that possibility and have replacement panels in reserve.

Monday’s vandalism occurred amid racial tensions throughout the country that spilled into violence over the weekend in Charlottesville, Virginia, where white supremacists clashed violently with counter-protestors.

“We are appalled and saddened that the New England Holocaust Memorial was vandalized Monday night for the second time in just 6 weeks,” Jewish Community Relations Council and Combined Jewish Philanthropies said. “The images of Nazis marching in the streets of America over the weekend in Charlottesville and now shattered glass once again at this sacred space in Boston are an affront to our Jewish community and to all those who stand-up against bigotry, hatred and anti-Semitism.”

The organizations, which manage the site and coordinate programming, said there will be a timeline for rebuilding the memorial once the damage is assessed.

According to local news reports, the suspect was tackled by two bystanders who held him until police arrived. A spokeswoman for Suffolk County District Attorney Dan Conley noted that juvenile court proceedings are not open to the public and the names of juvenile defendants are not released by authorities.

“I’m grateful for the quick response and the community help which led to the swift arrest of the suspect responsible for the damage done to the Holocaust Memorial,” Boston Police Commissioner William Evans said in a statement. “Clearly, this type of behavior will not be tolerated in our city. And, in light of the recent events and unrest in Charlottesville, it’s sad to see a young person choose to engage in such senseless and shameful behavior.”