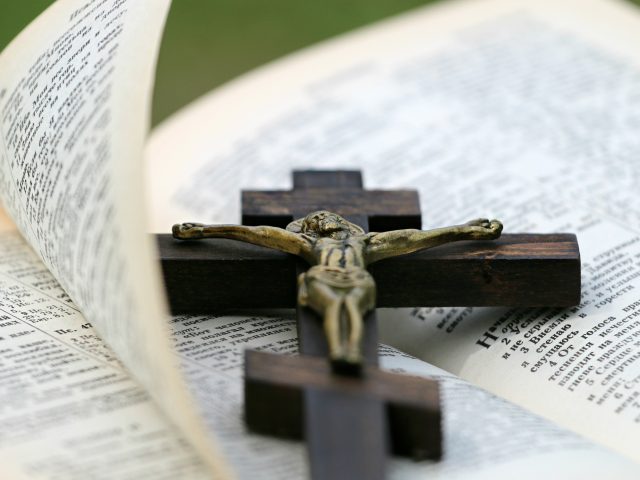 The Archdiocese of Boston has removed a Nigerian priest residing at a Brookline church from ministry after receiving an allegation of sexual abuse of a child.

Rev. Christian Ohazulume, an extern priest from Nigeria, pleaded not guilty to three counts of aggravated assault and battery on a child under 14 in Quincy District Court on Tuesday, according to Norfolk District Attorney Michael W. Morrissey.

Ohazulume was ordered held on $5,000 bail. The assistant district attorney requested he not be allowed to travel outside of Massachusetts, that he have no unsupervised contact with any minors, that he stay away from and have no contact with the victim or her family, and be subject to GPS monitoring if released.

Ohazulume has resided at St. Mary of the Assumption Parish in Brookline since 2010, where he has assisted in celebrating Mass and hearing confessions. He has also been employed as a chaplain at Beth Israel Deaconess Medical Center since 2010.

The allegation of sexual abuse reportedly occurred in Randolph in 2007, when Ohazulume was living with a family after arriving in the U.S.

The Archdiocese said it learned of the allegation on Aug. 31 and immediately notified law enforcement.

According to the Archdiocese, it has been in contact with Ohazulume’s home Diocese in Nigeria and notified them of the allegation. As a result, his faculties to minister have been withdrawn.

Ohazulume was represented at the arraignment by defense Attorney Bethany Rogers. He is due back in court Nov. 13 for a probable cause hearing.

The Archdiocese said in a statement it is “committed to ensuring the safety and well-being of children and young people in our parishes and institutions.” They said they continue to make counseling services available to survivors and their families impacted by clergy sexual abuse.