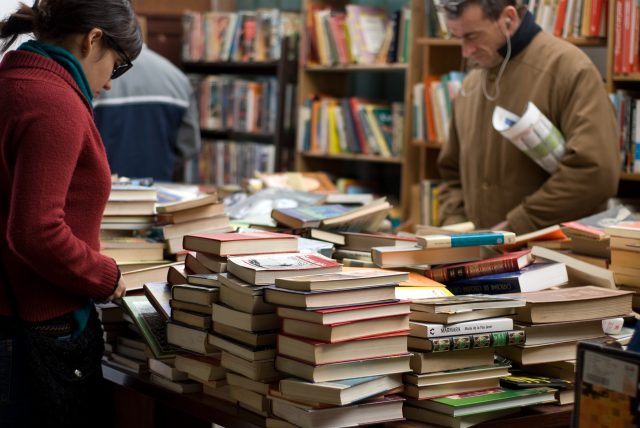 On Friday, June 28, booksellers attending the American Booksellers Association’s 2019 Children’s Institute had an opportunity to share questions, feedback, and ideas about integrating their point-of-sale system with their IndieCommerce website during dedicated roundtables.

Representatives from various POS systems, including IBID, Booklog, and WordStock, and from ABA’s IndieCommerce team were present for the discussions, which were open to all Children’s Institute attendees. Booksellers who attended the roundtables praised the insight they received from getting to know their POS provider, IndieCommerce team, and fellow booksellers who share their POS system.

Hannah Oliver Depp of Loyalty Bookstore in Washington, DC, told BTW that her session discussed the integration of IndieCommerce into IBIDie Special Orders directly as well as the ways that would streamline store processes and prevent mishaps with customer orders. “We also got an update on the possibility of expediting the process of paperless receipts for customers in IBIDie, as that is now the standard for many retailers…and is seen as the greener option,” she said.

She added that it’s “always incredibly helpful to talk to someone else who uses your POS and with the provider as well,” noting that she had the opportunity to offer feedback, share tips and tricks, and request services during the roundtable.

Said Depp, “I’d never had the experience of doing those things simultaneously before, and it really transformed the conversation. Getting to share concerns with the developer as well as getting an update from IndieCommerce at the same time filled me with confidence and excitement.”

Gwendolyn Baltera of Buttonwood Books & Toys in Cohasset, Massachusetts, who attended the session with Booklog, told Bookselling This Week that the roundtable was quite useful. “It was nice to learn who else is using the same POS so as to better compare tips about using it effectively and efficiently,” Baltera said. “The roundtable was also nice for the connection with the IndieCommerce team and hearing about their plans.”

While the store will not be immediately implementing any of the features they learned about, Baltera added that “the new feature to better import web orders into their POS does sound worthwhile.”

Amy Brabenec of Brookline Booksmith in Brookline, Massachusetts, attended the WordStock roundtable. “Since IBID recently acquired WordStock, it was interesting to hear from the president of IBID in regard to what changes we might expect and the reassurance that any large shifts wouldn’t be for some time yet,” she said.

“I was really pleased he took an interest in the sort of features WordStock users actively use on a day-to-day basis,” she added, “and, on the flip side, what features we would like to see improved. I definitely left intrigued by the updates and changes they expect to roll out.”