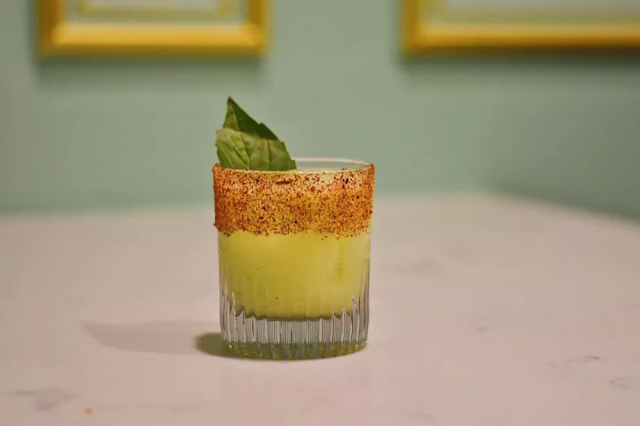 The much-anticipated Blossom Bar (295 Washington Street, Brookline) will open to friends and family this evening in Brookline with a public opening tomorrow, January 3. Ran Duan — a former Eater Boston Bartender of the Year, who led the transition of his parents’ Brookline restaurant from old-school neighborhood Sichuan joint to hip cocktail bar — told Eater the space will be open from 4 p.m. until 12 a.m. to start, but that it will eventually have a 2 a.m. liquor license.

Duan, who has previously appeared in GQ’s “Men of the Year” edition, has been running the show at Baldwin Bar — the acclaimed cocktail bar inside his parents’ other restaurant, Sichuan Garden II, in Woburn — since 2009, adding The Baldwin & Sons Trading Co. in an upstairs lounge in 2015.

Duan told Eater that Blossom Bar will offer a menu of about 40 dishes, including favorites from the old Sichuan Garden such as dan dan noodles, pork dumplings with chili vinaigrette, house special eggplant, and Chongqinq dry hot chicken.

Blossom Bar has not shared its full cocktail menu yet, but the team has been posting teasers on its Instagram page. Head over to Brookline Village this weekend, drink a cocktail inspired by a notorious smuggler, and eat as many noodles and dumplings as possible.