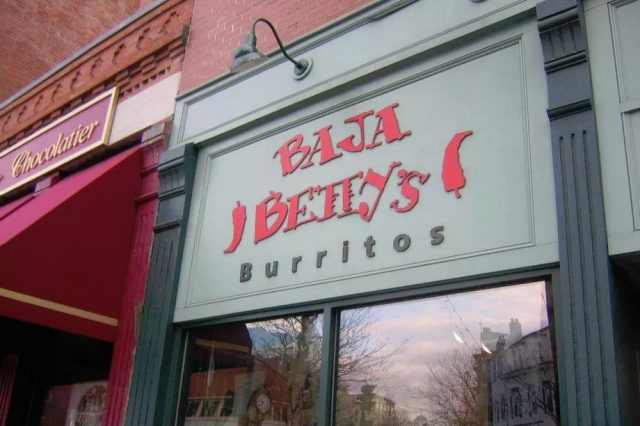 Baja Betty’s in Brookline Village shuts its doors for good on March 31, 2017, marking the end of 20 years in business doling out burritos. But the neighborhood will not be short of burritos for long: Boca Grande will take over the space at 3 Harvard Street and could open by June.

Baja Betty’s first opened in 1997, and owner Brett Albert built it into a neighborhood institution full of regular customers. He told the Tab that his customer base began declining when the New England Institute of Art stopped accepting new students in 2015. While Albert does not have a set plan, he is reportedly open to the idea of another restaurant.

Meanwhile, Boca Grande will once again have multiple restaurants: The Brookline Village location will join the existing East Cambridge restaurant. Boca Grande previously operated a handful of locations around Greater Boston, including one in Coolidge Corner.