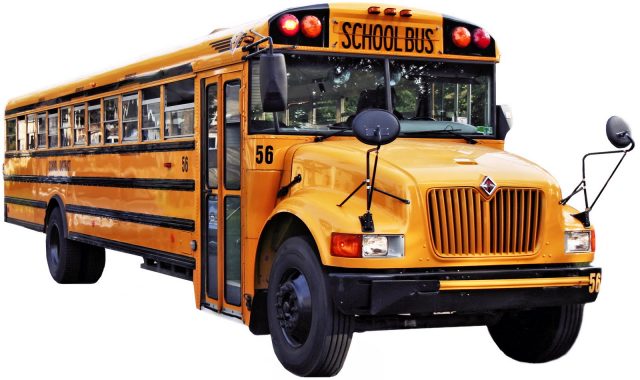 The new Lawrence School principal is the latest to announce he will not be returning to the district next year.

Warren Blair came to the Lawrence School this school year from his position as interim principal of Bear Creek High School in Jefferson County, Colo. to take over when the last principal, Rick Rogers retired at the end of the last school year.

Blair sent a note home to parents this week letting them know he was leaving unexpectedly to care for his aging parents.

Each of the town’s nine schools has had seen some change in leadership over the past two years. Superintendent Andrew Bott told the TAB earlier that he understood it has been hard for members of the community. But, he said, he was working on it.

Last school year four K-8 principals, including those at Heath and Runkle, announced plans to move on or retire. At the time, then-interim Superintendent Joe Connelly put off the search for the Heath and Runkle jobs until this school year. At the end of last school year, when five principals announced they were leaving the district, Connelly acknowledged that was a higher number than usual at the time, but brushed aside concern citing retirements, the large district, and the desire for many to work in communities closer to their homes.

Baker School: Mary Savage Brown, the Baker School principal, announced she was a finalist for Norwood’s school superintendent this month. She has been in Brookline for eight years. If she gets the position, the superintendent’s office will begin searching for her replacement.

Pierce School: Pierce School’s Pipier Smith-Mumford retired at the end of the last school year after 17 years as principal of the Pierce school and 31 total in Brookline. Christine Kelley replaced her this school year. Kelley was the interim principal of Winchester High School before taking this position.

Lawrence School: Rick Rogers also retired last year and was replaced by Warren Blair, who came over from his position as interim principal of Bear Creek High School in Jefferson County, Colo. During his career Rogers has spent 24 years as a principal, was a teacher at Heath School, and spent the last eight years as principal of Lawrence School.

BHS: High School Headmaster Deb Holman stepped down last year after taking over in 2011. The superintendent tapped Dean Anthony Meyer to serve as interim headmaster, and then in January this year announced the change would be permanent.

The Lincoln School: Principal Brian Denitzio took his current position this school year, after Bott was named the district’s superintendent. Brian spent a decade as an elementary teacher, teacher leader/coach and school administrator. During the two years prior to coming on as principal he was vice principal of the Lincoln School alongside Bott. Before that he was a middle school English Language Arts teacher in the Boston Public Schools at Orchard Gardens Pilot School and the Rogers School.

Runkle School: Jim Stoddard filled in when Principal Vanessa Beauchaine resigned to pursue a principal job closer to her home in Wrentham in the spring of 2015. Prior to his appointment as interim principal, Stoddard was the vice principal at Runkle. Genteen Jean-Michel is the current principal of Roslindale’s Philbrick Elementary School, and previously principal at Mattahunt Elementary School in Mattapan and at the Lee Academy Pilot School in Dorchester before that.

“While in Boston, Ms. Jean-Michel distinguished herself as a collaborative leader, working closely with teachers, parents, and community stakeholders to create and support energetic, dynamic, and engaging learning communities,” said Bott in a statement.

Heath School: AC Sevelius stepped up to serve as the interim principal for Heath School after Carolyn Wilson announced her plans to resign in the spring of 2015. The superintendent’s office just announced Sevelius will continue as principal there.

The Devotion School: Devo has not been spared churn, either. In 2014 Principal Jennifer Flewelling left suddenly, prompting a search for someone to steer the school during years of renovation while now-interim Superintendent Joe Connelly was brought in as interim principal. But it wasn’t just Flewelling who left. Lacey Becotte, one of the vice principals, left to be principal in Peabody, and Jennifer Buller was brought in from Heath to help replace her. Then in 2015 then-Superintendent Lupini landed Devotion School vice principals Jennifer Buller and Dave O’Hara to head the lower Devo grades, and brought Monica Crowley over from the Lawrence School, where she was a vice principal to lead the upper school grades during the renovation and addition project. And Connelly slid into a new role: interim head of the Brookline Schools.