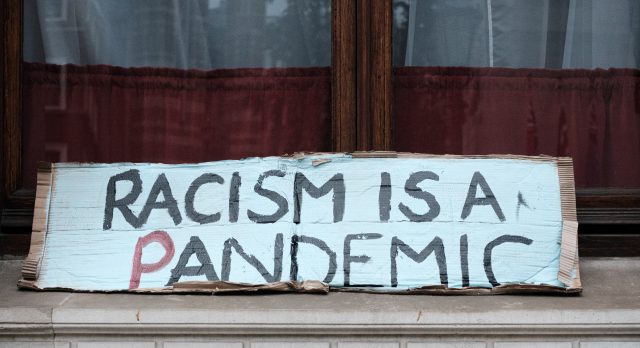 On Saturday, March 27, 2021, the New England Chinese American Alliance (NECAA) anticipate that around 200 people will line the Boston Marathon route in solidarity with the Asian community.

“The purpose of the event is to show solidarity in wake of deadly Atlanta shootings, to mourn the loss of eight lives including six Asian women, to condemn acts of violence and discrimination against Asian Americans and Pacific Islanders, and to display unity, resilience, and strength of the Asian American community,” said in a statement the New England Chinese American Alliance, a co-organizer based in Waltham, MA.

The March 16, 2021 mass shootings in Georgia sparked demonstrations and vigils across the country in solidarity with Asian communities and in opposition to the racism that those communities have experienced in the past year.

According to the Center for the Study of Hate and Extremism, CSUSB, crime statistics in America’s largest cities show a nearly 150 percent increase in reported Anti-Asian hate crime incidents this year compared to last year.

In 2019, Boston alone reported 170 hate crimes; by 2020, that number had dropped to 146. However, according to the study, the number of reports of anti-Asian hate crime incidents increased from six (6) to fourteen (14).

The alliance, along with organizations from across the Boston Marathon route and beyond, will line the route with signs cheering on four teams of runners.

Runners from Hopkinton, Framingham, Lexington, and Newton will set out at 10:30 a.m. to run a little more than six (6) miles of the marathon at the same time.

Commemorative ceremonies will be held in Hopkinton and on the Boston Common, where the race begins and ends.